A Naturopathic Clinic in Seattle, Washington 98125

Answers, Basics, and Compassion on your wellness journey. Schedule Now 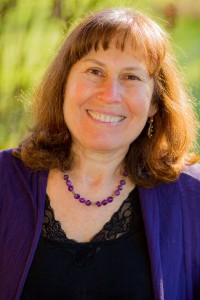 Although I have several education degrees and have had several careers to match, I wanted to be a Naturopathic Doctor since the 1980’s.  That’s when I first learned about Naturopathy while owner of a small, natural foods grocery store in Wichita, KS.  Due to life circumstances which included moving to the East Coast, I was unable to pursue that dream until 25 years later.  I left my home in North Carolina to attend and later graduate from Bastyr University in Kenmore, WA.  Bastyr is the largest, accredited naturopathic medical school in the U.S.  After graduating, I received my license to practice Naturopathic Medicine from the State of Washington.

Right before I started my journey toward Naturopathy, I was going through a very stressful time in my life.   I became tired all the time, my hair started falling out and I unexpectedly gained 10 lbs., which, no matter how hard I tried, I was unable to lose.  I found out I was in the early stage of Hashimoto’s Thyroiditis, an autoimmune disease where your body attacks your thyroid gland.  I was able to get back to normal after a few months of taking a botanical thyroid supplement. However, once I started medical school, my symptoms reappeared and multiplied. This time, I had to take a prescription thyroid hormone.  While in medical school, I researched Hashimoto’s and other thyroid conditions.  I learned about the strong connection between the thyroid and the adrenals and the correlation of autoimmune diseases with food sensitivities and heavy metals.   I was able to improve my thyroid function, get off the prescription, and once again return to feeling and looking like my old self.  My own experience has led me, as a doctor, to focus on food sensitivities, autoimmune disease, and the endocrine system (particularly the thyroid, adrenals, pancreas, ovaries and testes), to help others as well.

As my patient, you’ll find that I take the time to get to know you, in order to get to the root cause of your condition. This will help you and me understand which treatments will work best for you.  I strongly believe in treating you as a whole person, not just your condition or disease.  I may do lab tests to help me diagnose your symptoms.  When we start treatment, I will prescribe drugs when necessary, but I prefer to start with natural remedies.  I treat with botanical medicine, nutritional supplements, physical medicine, energy medicine, homeopathy, nutrition and exercise counseling, hormones, antibiotics and antifungals.  I listen to my patients and include their input in deciding which treatment modality to use.

I’m also big on preventing disease, through educating my patients.  There are numerous illnesses that you can prevent by making a few lifestyle changes.  You may even be able to reverse disease through lifestyle changes.

If you’d like see if we’re a good fit, schedule an appointment for for a free 15 minute phone consultation.  I would be happy to talk with you.