Answers, Basics, and Compassion on your wellness journey. Schedule Now 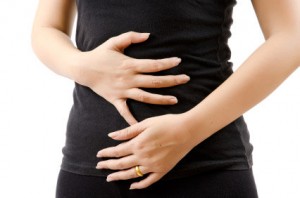 Most people have  some kind of Gastrointestinal (GI) disorder at various times in their life.  GI disorders can be as simple as indigestion from overeating or constipation from lack of fiber or travel, or diarrhea from an antibiotic or from travel due to a parasite or bacterial infection.  GI disorders  can be more complicated as in IBS (Irritable Bowel Syndrome) where constipation and diarrhea both occur with no known physical reason.  GI disorders also include autoimmune diseases like Crohn’s and ulcerative colitis, where the intestines become ulcerated causing bleeding, pain and bloody diarrhea.  These diseases usually show up in between the ages of 15-35.  Both of these diseases occur more often in westernized, urban societies and are more common among people of Jewish descent.  Flare-ups occur with smoking (in Crohn’s) or when food allergens or alcohol are consumed.

Food allergens are also the culprit in Leaky Gut Syndrome, where undigested particles enter the blood stream through loose junctions between intestinal cells which  cause immune cell attacks and subsequent destruction of body tissues.  The abdominal pain, malabsorption and intestinal damage in celiac disease and gluten-intolerance are due to one particular allergen, gluten.

Diverticulosis is an outpouching of intestinal mucosa.  It is a common feature of low-fiber diet and sedentary lifestyle among the aging population of the Western world.  If the pouches become inflamed, the condition is known as diverticulitis.  Both conditions are preventable.

Stomach and duodenal ulcers are also often preventable.  They may be caused by too much of the Helicobacter pylori bacteria, or they could be due to consuming too much salted and smoked food and/or alcohol,  smoking, chronic stress or from taking too many aspirin or acetaminophen use.

This site uses Akismet to reduce spam. Learn how your comment data is processed.

Send us a Message: